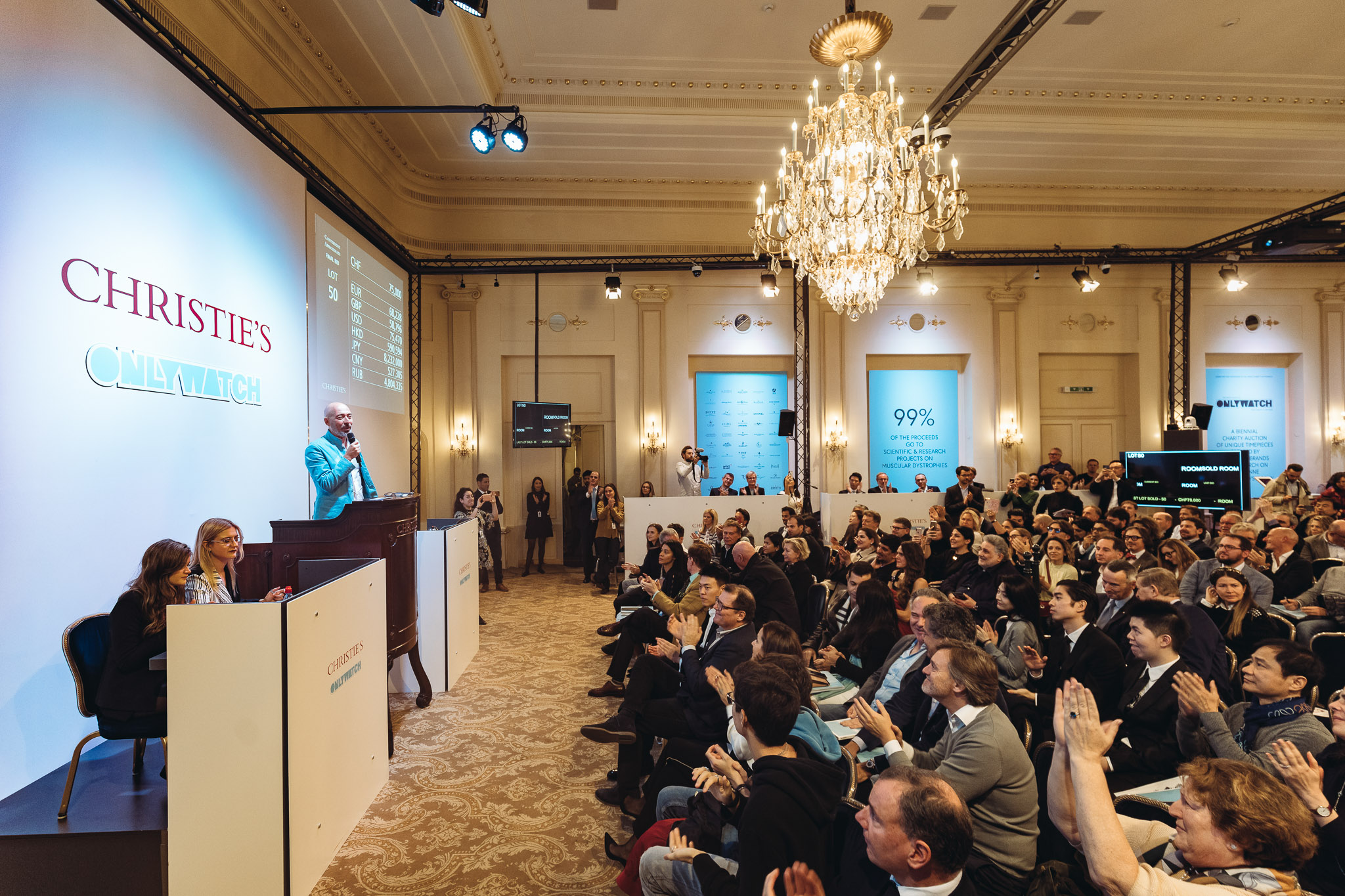 ONLY WATCH 2019: CHF 38’593’000 RAISED FOR RESEARCH AGAINST MUSCULAR DYSTROPHY IN RECORD-BREAKING AUCTION

Saturday 9th November was the apex of a journey on which the watch industry has embarked on with Only Watch over the past 12 months. A journey which started on July 1st by unveiling the names of the participating watch brands. This was followed by the world tour exhibition starting at the Monaco Yacht Show in September and lasted seven weeks travelling around major cities including Dubai, Paris, London, New York, Tokyo, Singapore, Hong Kong and Taipei. An extraordinary program which underlined the ever-growing interest for the one-of-a-kind pieces donated by the brands.

Under the High Patronage and in presence of H.S.H. Prince Albert II of Monaco, Only Watch held its eagerly-awaited 8th auction of unique timepieces today at the Four Seasons Hôtel des Bergues Geneva.
The 50 one-of-a-kind timepieces were auctioned by the prestigious auction house CHRISTIE’S in a packed and dynamic saleroom, attended by international supporters, collectors, philanthropists, watchmaking manufacturer representatives and press. The sale took over two hours as interest in each lot was overwhelmingly high and concluded with a record-breaking result. 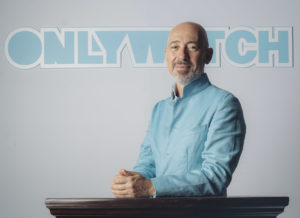 After an introductional speech given by H.S.H. Prince Albert II of Monaco, Luc Pettavino, founder of Only Watch, President of the Association Monégasque contre les Myopathies and 2019 recipient of the “Prix Spécial du Jury du Grand Prix de l’Horlogerie de Genève” reminded the audience about the good cause that would benefit from the proceeds of the auction. The auction started in a breathtaking atmosphere and lasted two hours cadenced by intense bidding sessions.
The auction included a Patek Philippe lot (28) that was auctioned for the historic amount of CHF 31 000 000.

The record-breaking amount is a strong signal of hope for researchers, patients and families touched by Duchenne Muscular Dystrophy (genetic disease that affects 1 in 3,000 male births) around the world. Thanks to very significant investments made by Only Watch (among others) over the past decades, the research is reaching clinical trials, a critical and cost-demanding stage.

QUOTES :
“I want to state how proud I am of the progress we’ve achieved thanks to our collective effort on Only Watch. Monaco has been the epicenter of this beautiful initiative, pioneering in innovative ways to fund research and have it move faster, further, in a more collective way too. And today, thanks to you, we are on the verge of clinical trials for a cure for Duchenne Muscular Dystrophy, with researchers working in symbiosis in Monaco, in France, in Switzerland, giving hope to thousands of boys and men around the world. (…) To all supporters of the cause…you have my gratitude.” – His Serene Highness Prince Albert II of Monaco

“Breaking records is obviously a source of pride and happiness. What a beautiful moment and emotion shared together! And what matters most today is the difference we are going to be able to make in research against muscular dystrophies and for hundreds of thousands of patients and families around the world for their lives to get better.” – Luc Pettavino, founder of ONLY WATCH and president of the Association Monégasque contre les Myopathies

“A triumph for ONLY WATCH and we like to express our sincere thank you to all participants, buyers, collectors and supporters. It has been a fantastic 12 month-long project, 10 cities and thousands of catalogues, it is amazing to see such an enthusiastic response across the globe. We are thankful and thrilled to have contributed to raise CHF38.6 million that researchers will put to immediate use. Furthermore, Christie’s would like to congratulate Luc Pettavino, for receiving the “Prix Spécial du Jury du Grand Prix de l’Horlogerie de Genève 2019”, last Thursday, a very well-deserved distinction”, commented Earl of Snowdon, Honorable Chairman Christie’s. 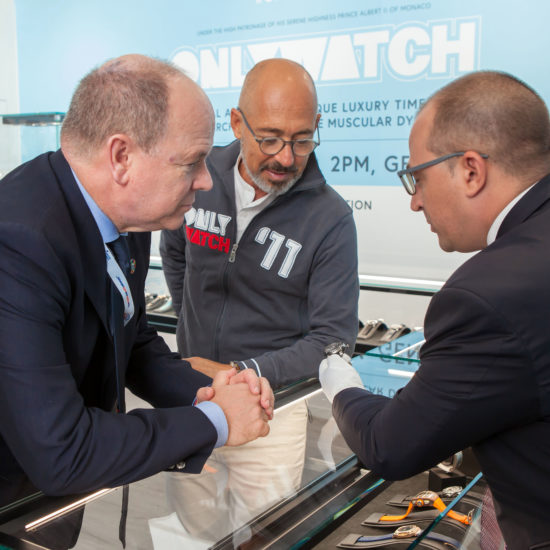 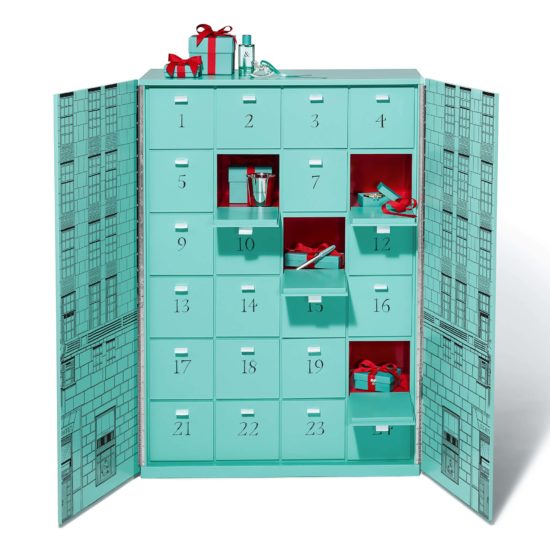