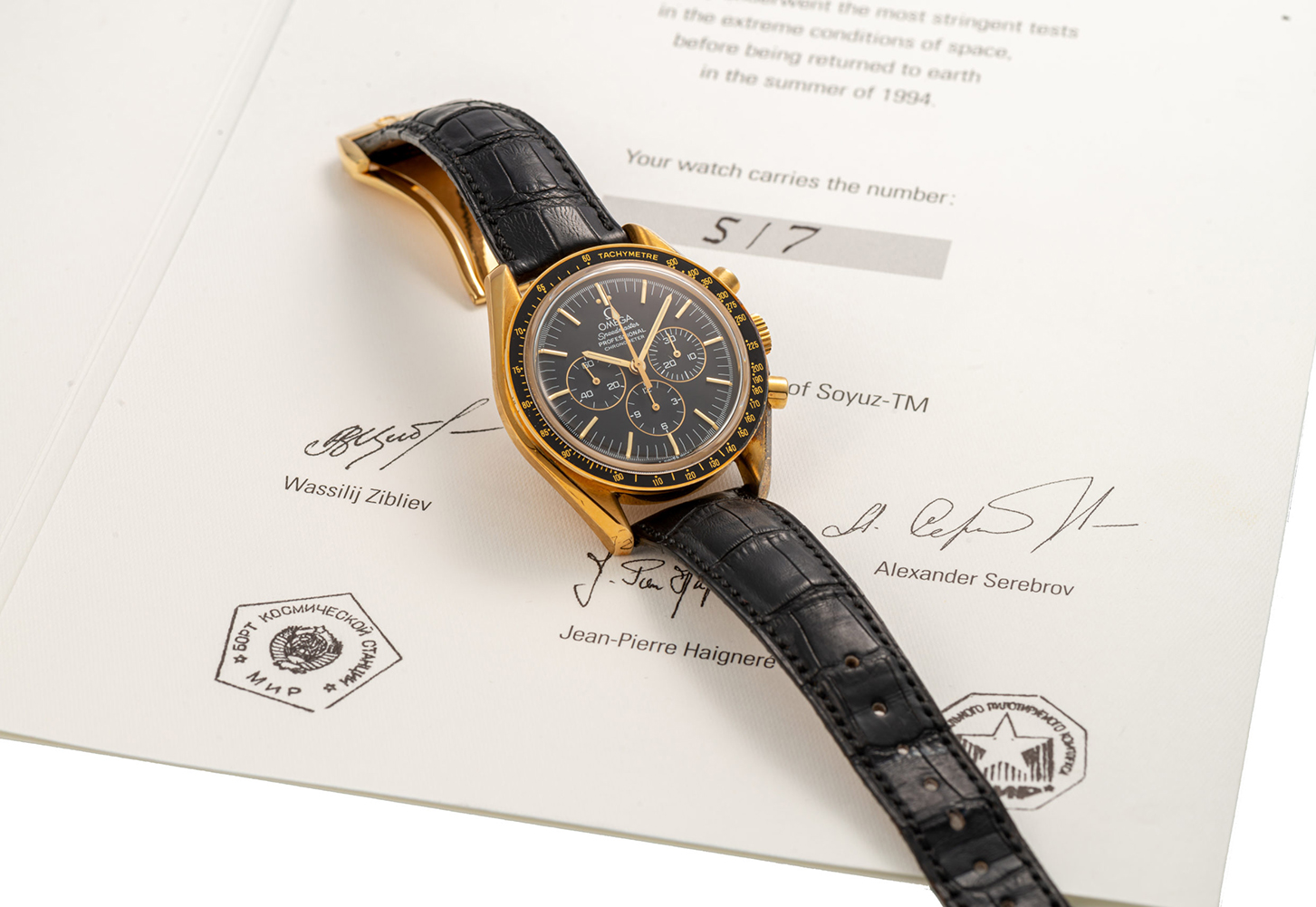 This Omega Speedmaster watch, one of the rarest ever produced, travelled for a year in space on the MIR station from July 1993 to July 1994.

Part of the 35 MIR Watches, this outstanding timepiece was sold to the public in 1995 to mark the Atlantis-MIR Russo- American rendez-vous from June 29 to July 3, 1995, this being only the second joint Russo-American space venture.

The characteristics of the 35 watches is as follows:

The watches were taken to the Mir space station to determine the long-term effect of zero gravity on a watch’s movement. After one year in space, the watches were returned to Omega and were all found to be functioning perfectly.

This series of watches has therefore spent more time in space than any other watch. This, along with the fact that this watch is one of only five pieces of this reference in gold on a gold bracelet, ensures that the present lot is not only one of the rarest Omega watches ever produced, but also a unique opportunity for a collector to obtain a watch that has been in space.

Mir was a Soviet (and later Russian) orbital station. It was man’s first consistently inhabited long-term research station in space. Through a number of collaborations, it was made internationally accessible to the cosmonauts and astronauts of many different countries. Mir was assembled in orbit by successively connecting several modules, each launched separately from February 19, 1986 to 1996. Except for two short periods, Mir was continuously occupied until August 1999. The journey of the 15-year-old Russian space station ended on March 23, 2001, as Mir re-entered the Earth’s atmosphere and fell into the South Pacific Ocean. 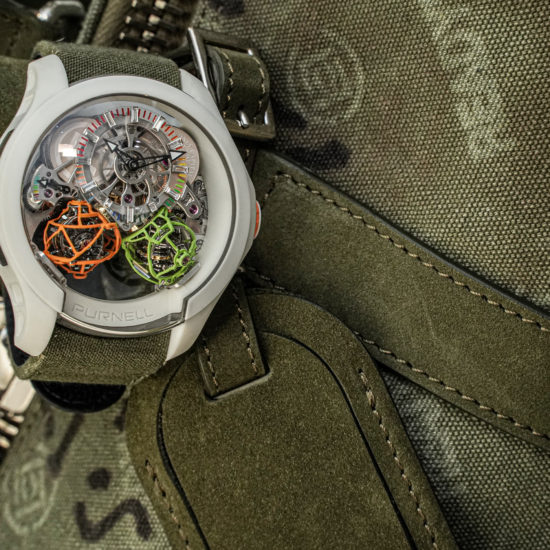 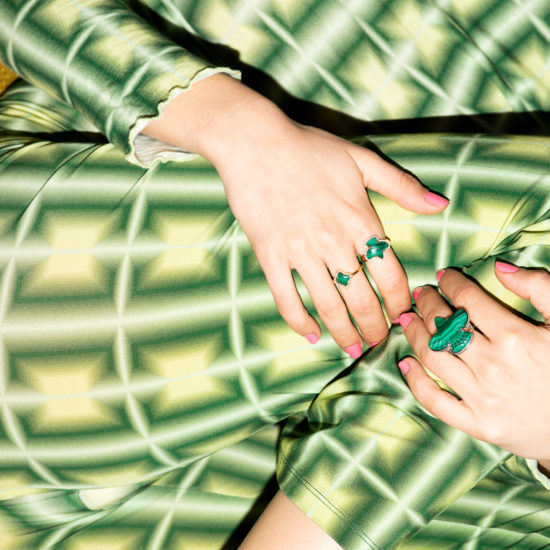